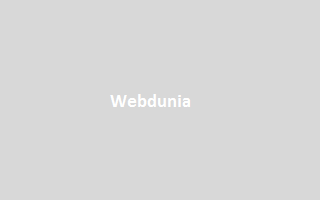 Film Maker and an artist, Sangeeta Gupta started her artistic journey with intricate drawings.  Her real calling was discovered in her abstracts in oils and acrylics on canvas.  Her solo shows (2003, 2004, 2006 & 2007) with Kumar Gallery launched her love for contour within the abyss of colour; the works seemed to stir both within and without and splash off the canvas.  Her tryst with art is born of her own meditative ruminations in time, the undulating blend of calligraphic and sculptonic entities are all realms that she has explored with aplomb.
Images in abstraction that harkens the memory of Himalayan journeys and inspirations, the works speak of an artistic sojourn that continues in a mood of ruminations and reflections over the passage of time.
Sangeeta wields the brush with finesse, suggesting the viscosity of ink, the glossiness of lacquer, the mist of heights, the glow of the sun, and the inherent palette of rocks when wet.  The canvases bespeak surfaces akin to skin, bark and the earth.
Her first solo exhibition was at the Birla Academy of Art & Culture, Kolkata in 1995.  Her 27 solo shows have been held all over India i.e. Delhi, Mumbai, Kolkata, Bangalore, Hyderabad, Lucknow, Chandigarh and abroad at London, Berlin, Munich, Lahore and Belfast. Her 26th solo was inaugurated by the former President of India; Dr. A.P.J Abdul Kalam in August, 2013. The show was dedicated to Uttarakhand. The fund raised through sale proceeds of the paintings is used for creating a Fine Art Education grant for the students of Uttarakhand in collaboration with Department of Culture, Government of Uttarakhand. She has participated in more than 200 group shows in India & abroad, in national exhibitions of Lalit Kala Academy, All India Fine Arts & Craft Society and Sahitya Kala Parishad and in several art camps. Her painting is in the permanent collection of Bharat Bhavan Museum, Bhopal and Museum of Sacred Art (MOSA) Belgium. Her works have been represented in India Art Fair, New Delhi in 2011, 2013 and 2014.

She has received 69th annual award for drawing (1998) and 77th annual award for painting (2005) by All India Fine Arts & Craft Society, New Delhi and was also conferred Hindprabha award for Indian Women Achievers by Uttar Pradesh Mahila Manch (1999), Udbhav Shikhar Samman (2012) by Udbhav for her achievements in the field of art and literature and was awarded "Vishwa Hindi Pracheta Alankaran" (2013) by Uttar Pradesh Hindi Saahitya Sammelan & Utkarsh Academy, Kanpur.  She was bestowed with Women Achievers Award from Indian Council for UN relations (2013), Rashtrakavi Maithilisharan Gupt Samman (2013) for contribution to Hindi poetry and has received 6th National Women Excellence Award by Yog Confederation of India in collaboration with International Women Excellence Awards Organization (2013).
There is a collection of short stories and four anthologies of poems in Hindi to her credit.  Her poems are translated in many languages.  Her collection of poems Pratinaad has also been translated in Bangla, English and German.  Her  book ‘Lekhak ka Samay’, published in 2006 is a compilation of interviews of eminent women writers in Hindi.  Weaves of Time (collection of poems in English),  published in 2013.
She has directed 5 documentary films. Her first film “Keshav Malik- A Look Back”, is a reflection on the life of the noted poet & art critic Keshav Malik, Padma Shri, a Fellow of the Lalit Kala Akademi. He was an Art Critic of Hindustan Times and Times of India. The film features, several eminent painters, poets, scholars and their views on his life. The film was screened in 2012, at Indian Council for Cultural Relations, New Delhi, Kiran Nadar Museum of Art, Sanskriti Kendra, Anandgram, New Delhi and at kala Ghora Art Festival, Mumbai 2013. Her other two documentaries “Keshav Malik – Root, Branch, Bloom” and “Keshav Malik- The Truth of Art” were screened by India International Centre and by Indira Gandhi National Centre for the Arts, Delhi in 2013 and in the Spring Festival, 2014 at Alliance Francaise de Delhi. This film has been selected and is in the archive of Documentary Edge Campus, a resource centre for documentary films, New Zealand to be used for educational and research purposes. This film was telecasted by the TV channel DD Bharati three times in January 2014 and on Lok Sabha TV in April, 2014 twice.
Her fourth film “Maha Kumbh- Astha ka Mahaparv”, screened at Sanskriti Kendra, Anandgram, New Delhi. “Weaves of Time” her latest documentary was screened at India Habitat Centre, Delhi in December, 2013. Widely travelled, lives and works in Delhi.
presented cheque of 20 lakh : The multifaceted painter, poetess, film director and IRS officer Sangeeta Gupta has raised Rs 20 lakh from her painting exhibition for helping out disaster-hit students of fine arts. Ms Gupta met Chief Minister Vijay Bahuguna here and presented him a cheque of Rs 20 lakh to be used to establish a corpus fund that will help the disaster affected students of the state adept in painting and other creative arts.

Ms Sangeeta informed the CM that she had put up a painting exhibition recently, which was inaugurated by the former President, Dr APJ Abdul Kalam. 20 lakh rupees were earned by selling the paintings which she has now donated to the state. The CM has expressed gratitude to Sangeeta Gupta for this contribution.
Besides this, Chandra Shekhar from Doon Valley Public School presented the CM with a cheque of Rs 51,000 for the CM's Relief Fund while General Secretary, Lok Nav Chetna, LP Thapliyal also gave Rs 50,000 for the same purpose.Sanjay Kumar and Manish Singhal from Alpine International also presented the CM with a draft of Rs 32,000.